Imagine this situation: you just sat down at your desk. You just got your new BB-8 in the mail that you had to order to your work address because your significant other said you 'couldn't afford it'. Unrelated, you also have your credit card bill in an envelope with you as well as a beer because it's a Tuesday and why not. But you don't have your knife or multi-tool with you because your co-workers thought it was scary looking. So what do you need? The MyKee Titanium Multi-Tool Key.

In 2015, Narbeh Khoygani created the MyKee project on Kickstarter. While there are a bunch of small multi-tool-like things you can put on a key-ring, most of them are too large, impractical, or have an actual blade on them. Really the biggest appeal of the MyKee is that it looks like a regular key. You can take it through security, and nobody on the street is going to be scared when they see you take it out. 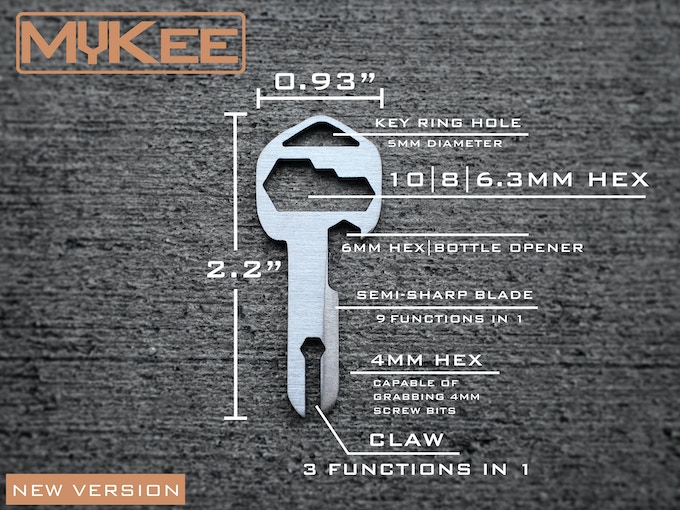 I received the MyKee in a padded envelope, and inside of that it came in a small black envelope in a plastic bag. The packaging seemed very secure, and almost a little excessive although it was not difficult to open. The MyKee is made out of titanium and is very light, so I would be very surprised if you got one and it had any scratches on it. 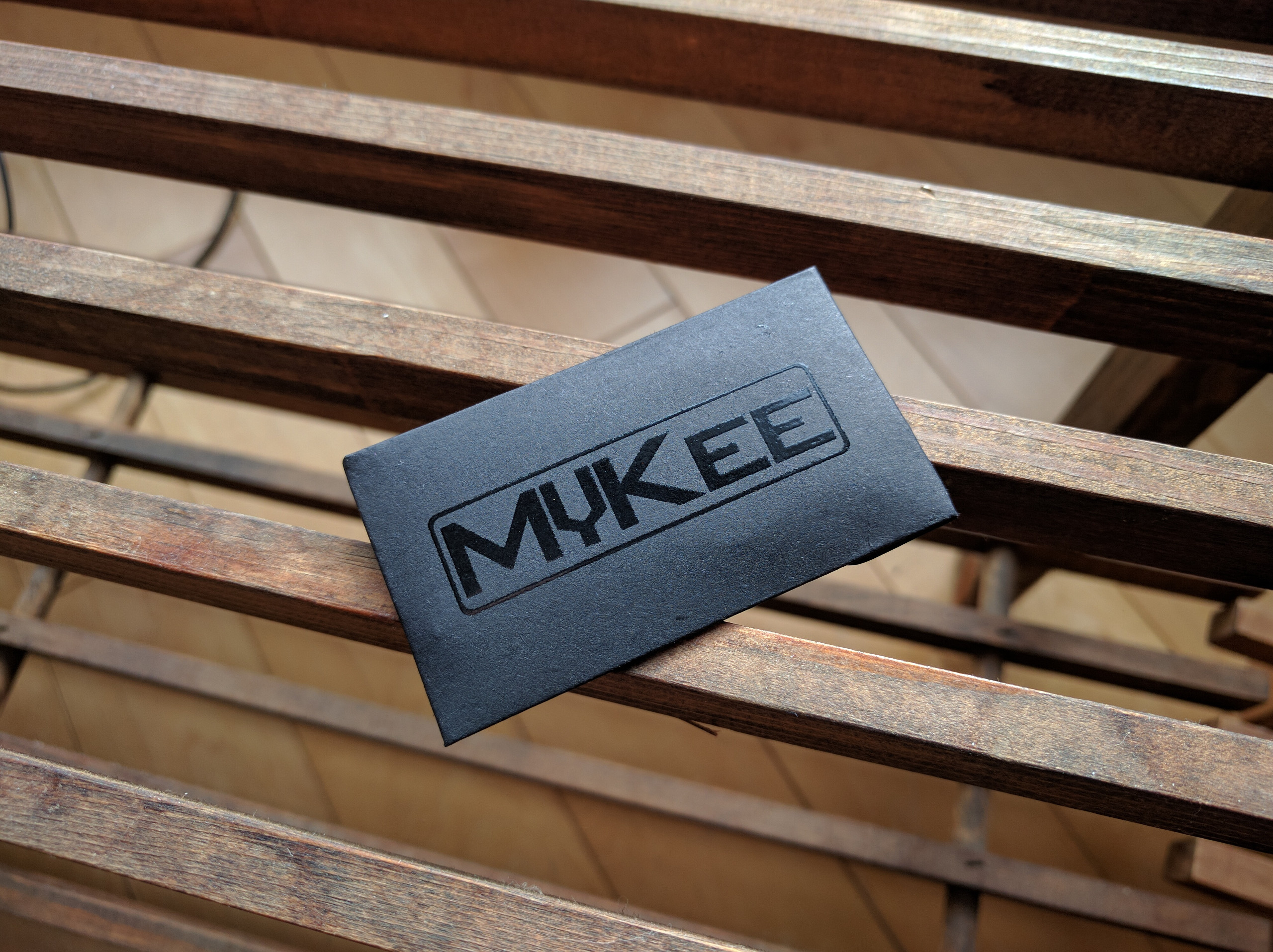 To give you a better idea of how big it is, it really is not much larger than a standard door key. I have it on my keychain now and barely notice it. 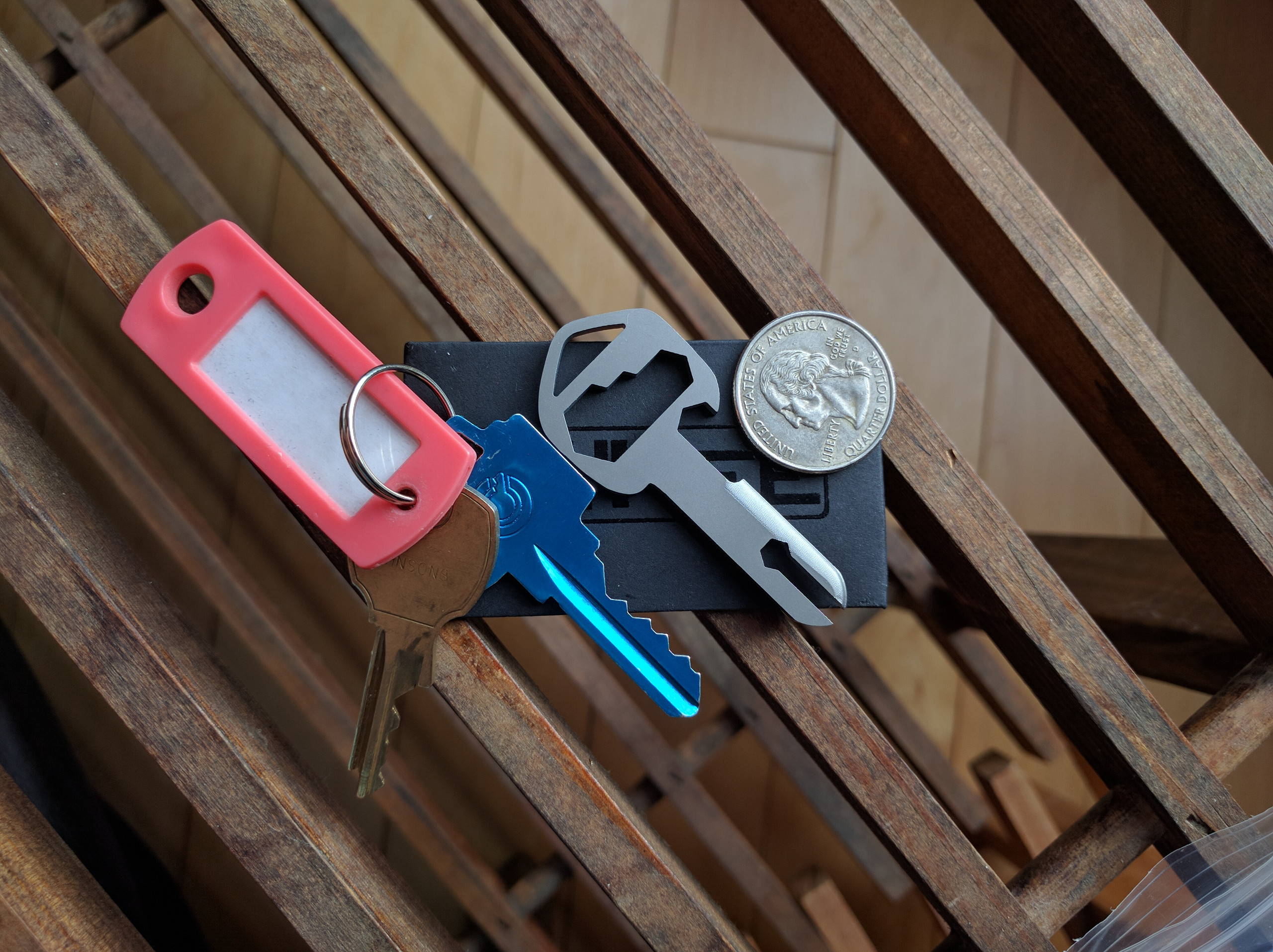 So how useful is each one of the tools? Well, it varies. How often do you actually need to use something hex related? It 100% works with standard bits so you can tighten up a Philips screw if you want to but it doesn't really lock them in very well so it can be difficult to tighten things unless the bit is vertical. 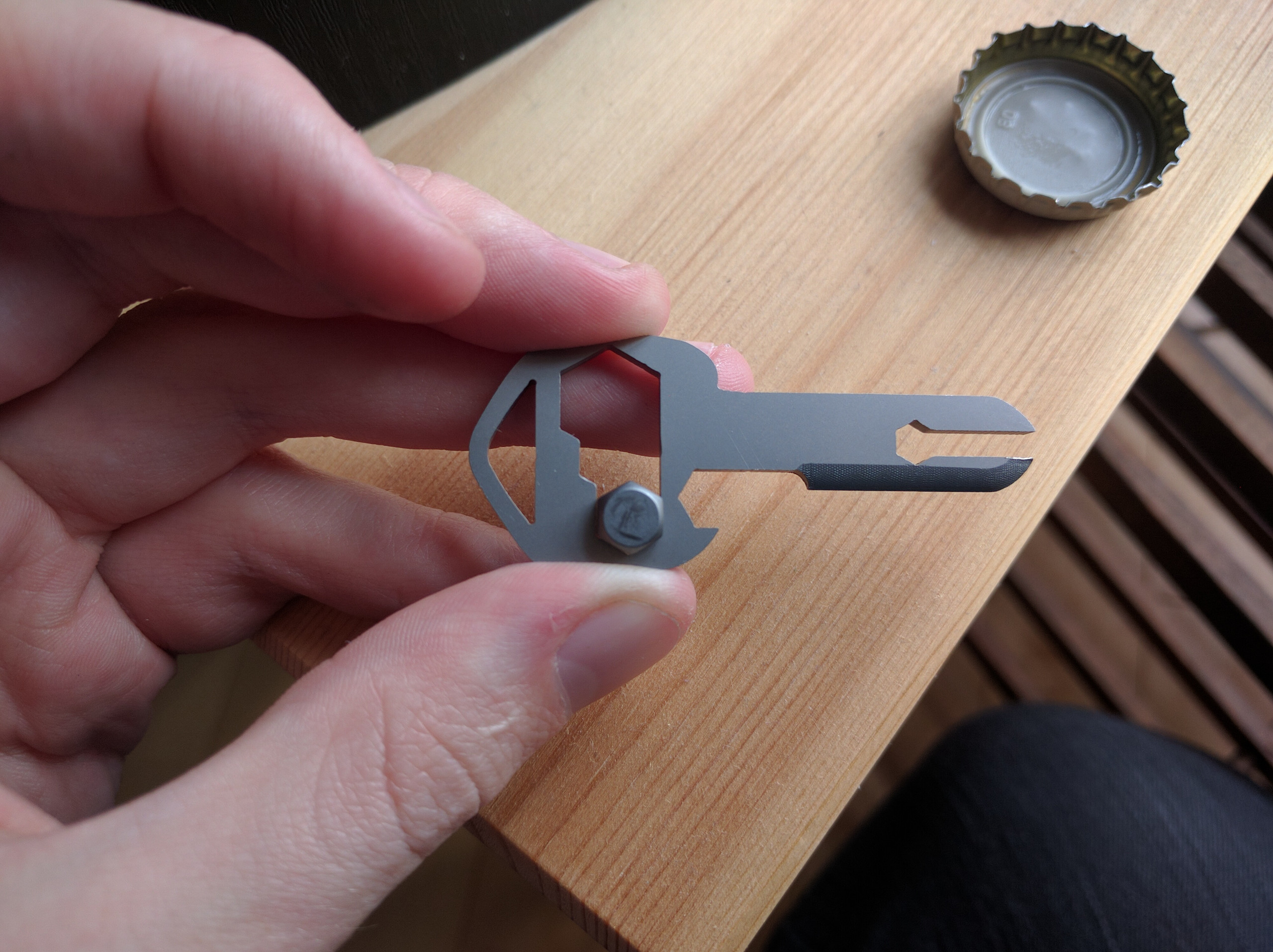 To be honest with you, the bottle opener really isn't very good and it didn't treat my Ale Syndicate bottle top very well. It does work in a pinch though, especially when it's not socially acceptable to pop open the bottle on the side of a table. 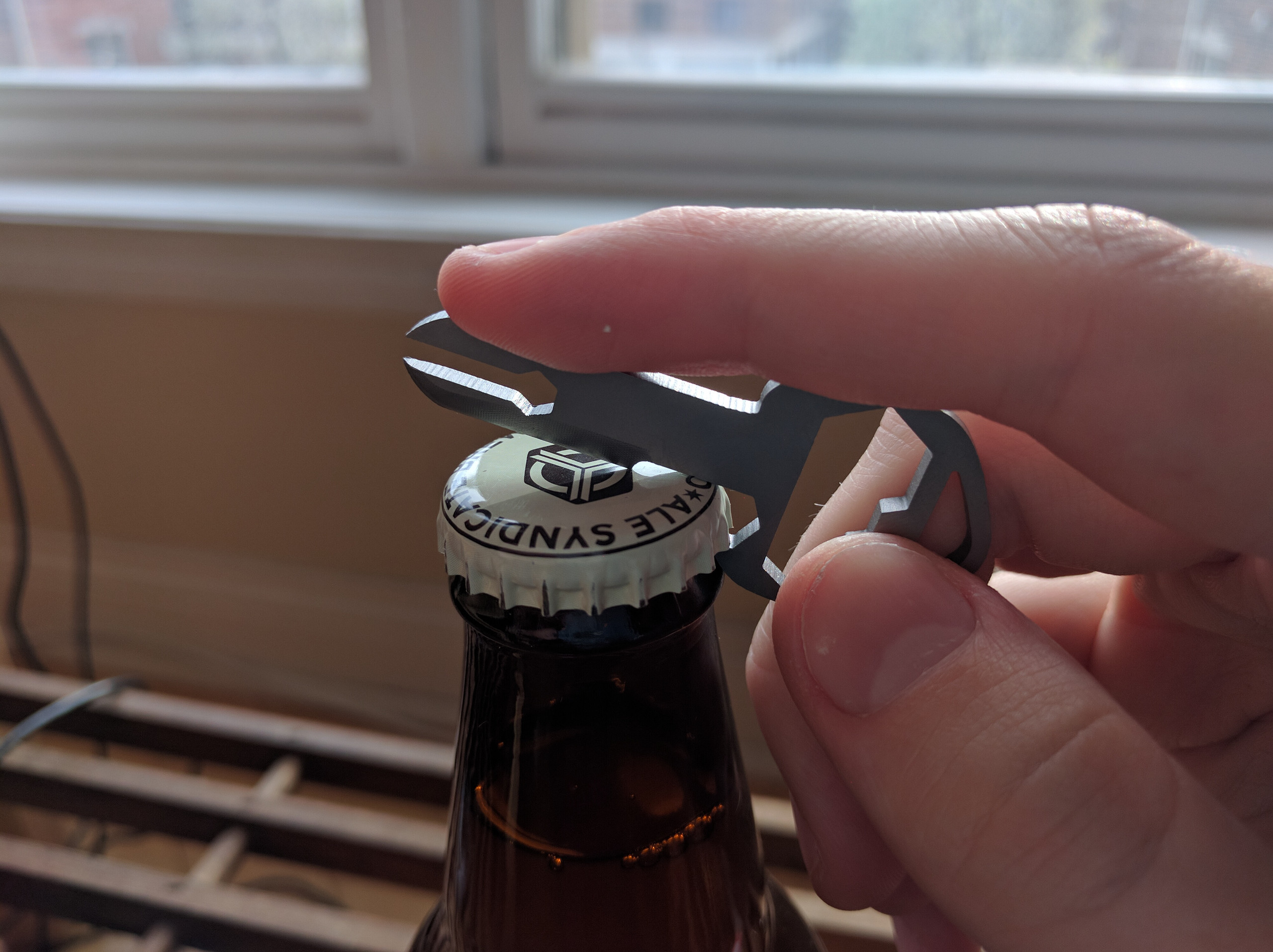 The semi-sharp cutting edge actually is the right trade-off of usability and safety in my mind. If you have a knife available, then that's definitely a better choice for most tasks. But it's great for opening food packages, letters, boxes, etc. I also find it is really useful if you want to etch something, like a cut mark in a piece of wood. You don't have to dull one of your knives, but you can still get a precise mark.

The 'claw' at the end works for opening paint cans (although it would probably bend the lid, so just use a flat-head if you want to reuse the can). It works for removing staples from paper, which is legitimately useful. It also works very well for opening soda cans, which may be useful to some. For most people, using it to open your soda is really the epitome of laziness but if you have big fingers or your dexterity is suffering from a medical condition then it could come in handy.

Is the MyKee worth it?

The MyKee is $25 on StackSocial, although I bought it for about $20 with free shipping. To be honest, most of the time I reach for the MyKee, I wish I just had my Skeletool CX with me. However, I always have my MyKee. When I got it, my reaction was really that it is just good enough not to send it back. I don't have some kind of emotional attachment to it and I don't think I ever really will. So while disappointing, the MyKee is still a good product, and definitely would make a good stocking-stuffer or small gift for someone in your life. Or you could just save up for that BB-8 robot.