We left from the Oranje Rus Resort around 9:00 in the morning and started to make our way toward the Kalahari desert. We stopped along the way at the Molopo Kalahari Lodge to listen to a Masters student present a little bit about the Kohmani San (identify themselves as Bushmen) and Mier peoples and the issues that have gone along with land reform in the area.

From a purely factual perspective, there has not been much academic interest in the Mier for a variety of reasons, but the Khomani San are researched all the time. In 1931, the government at the time declared the area the Kohmani San lived in as a national park, forcing them off the land. Thanks to land reform, some of the land has been given back, although there have been a lot of issues. The biggest issue has been disagreement within the Khomani San leadership about how to use the land. There are also many other issues currently, and the professors around me did not have much hope sadly.

The other thing that strikes you about Molopo is the water. This is on the border of the Kalahari, and there is probably no more than 10 inches of rain over the course of a year. This means that almost all of the water is pumped up from a large aquifer using boreholes. However, the aquifer is not replenished by anything, which means that eventually there will be almost no water left in the area. Keeping that in mind, we arrived at the Molopo lodge to see a swimming pool. 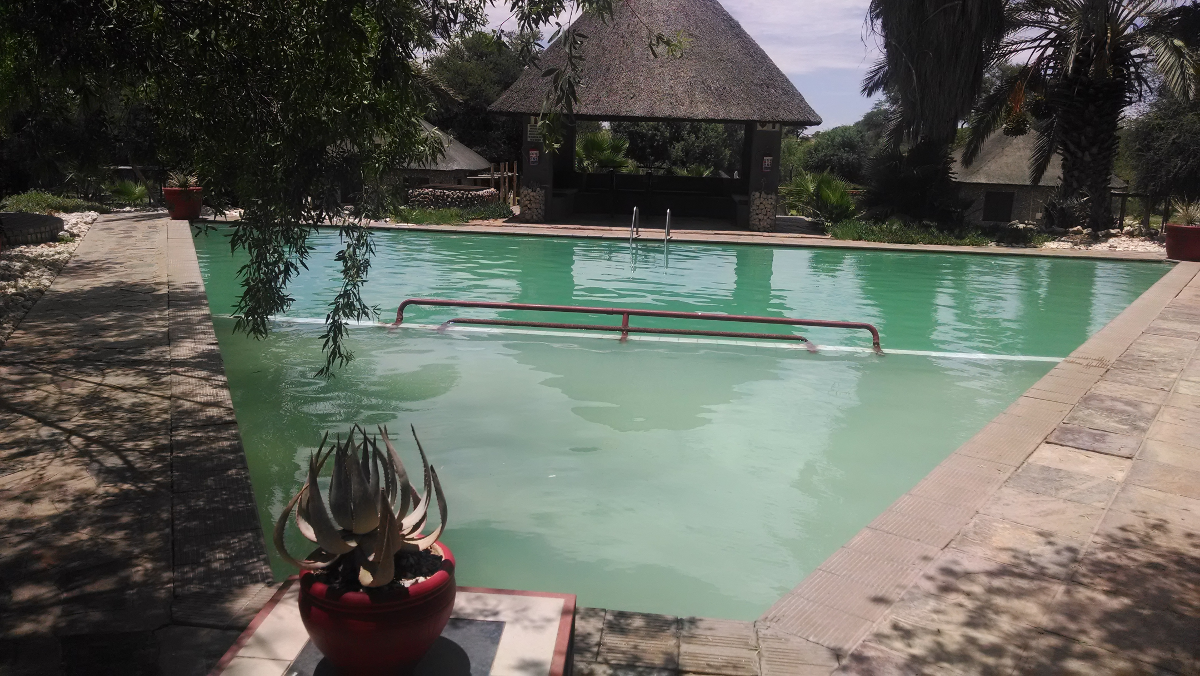 We left shortly thereafter to travel to the Kgalagadi Transfrontier Park (KTM). This is a full conservation area where you can not even step out of your cars except in designated areas. This makes a lot of sense, given that there are lions around. We saw a few animals driving to the place we were staying which were technically tents. In reality, they had flush toilets, a shower and a sink, along with a wood door and beds. The only tent part was the canvas sides and roof. 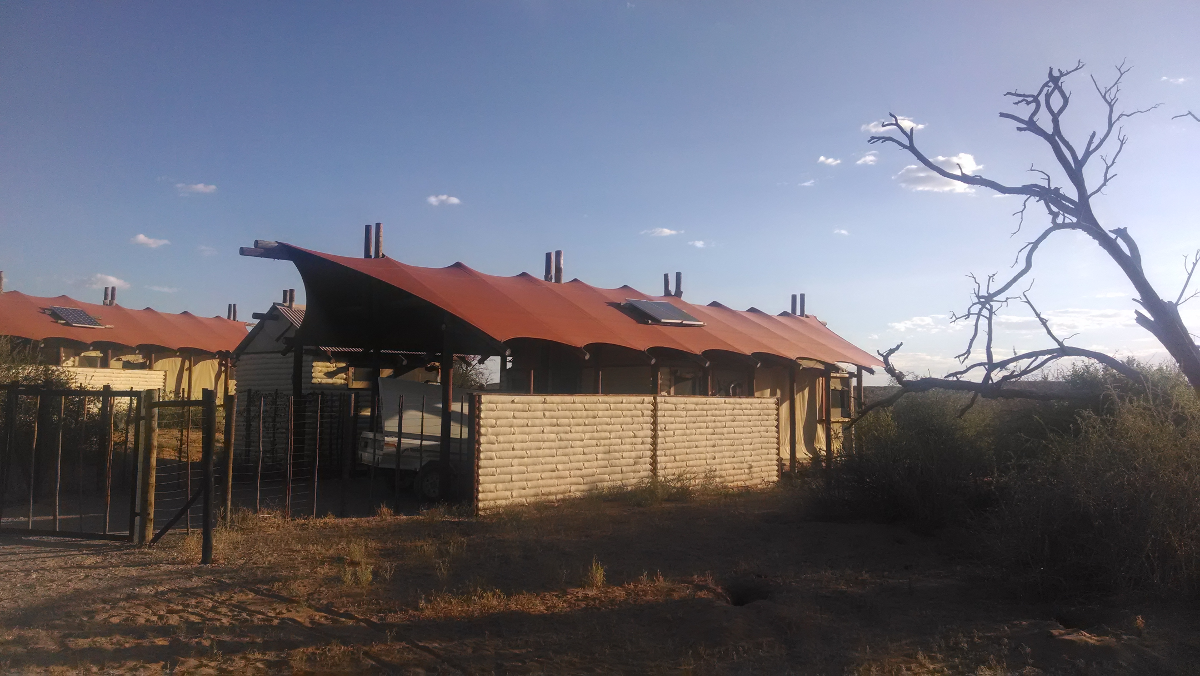 That night we grilled some food and had a good time looking at the stars. That night though, I noticed some quiet roaring that sounded like a lion. About a half hour later the roaring got very loud and we all joked that it had to be two lions having sex. Well, we talked to the game warden the next day and it turns out that it in fact was two lions having sex. Only a bit scary.

In the park we saw Springbok, Lions, Giraffes, and more. I'll just lump them below. Sadly I didn't get a good picture of the Gemsbok or the Wildebeast though. 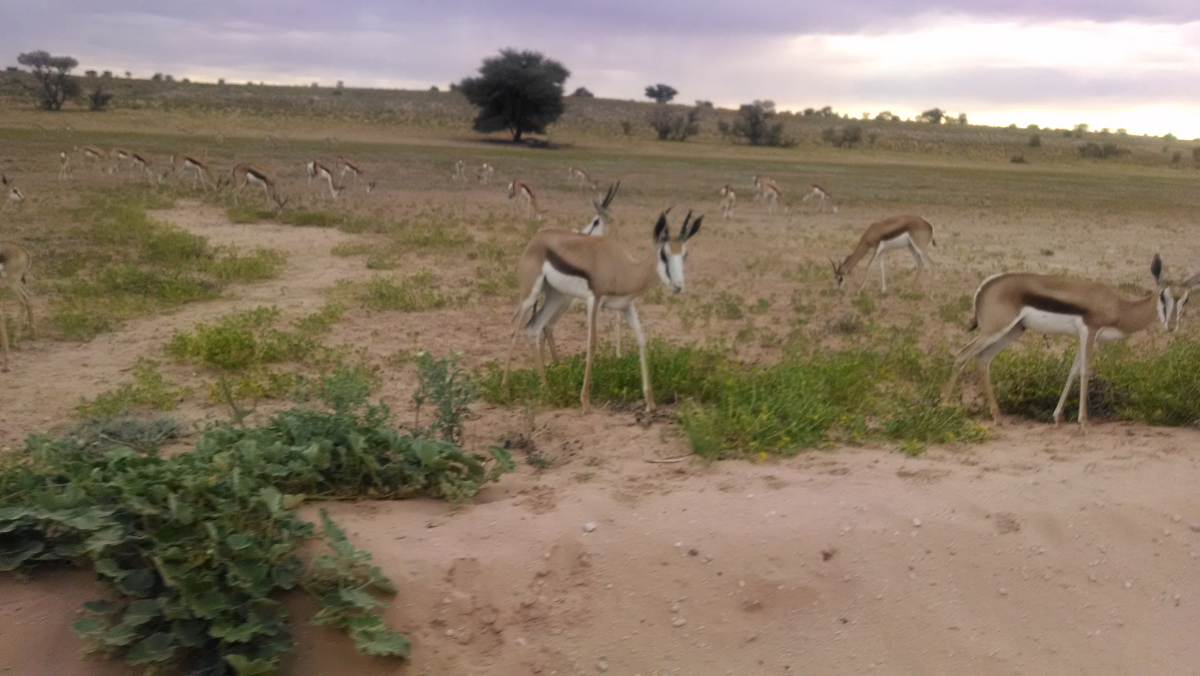 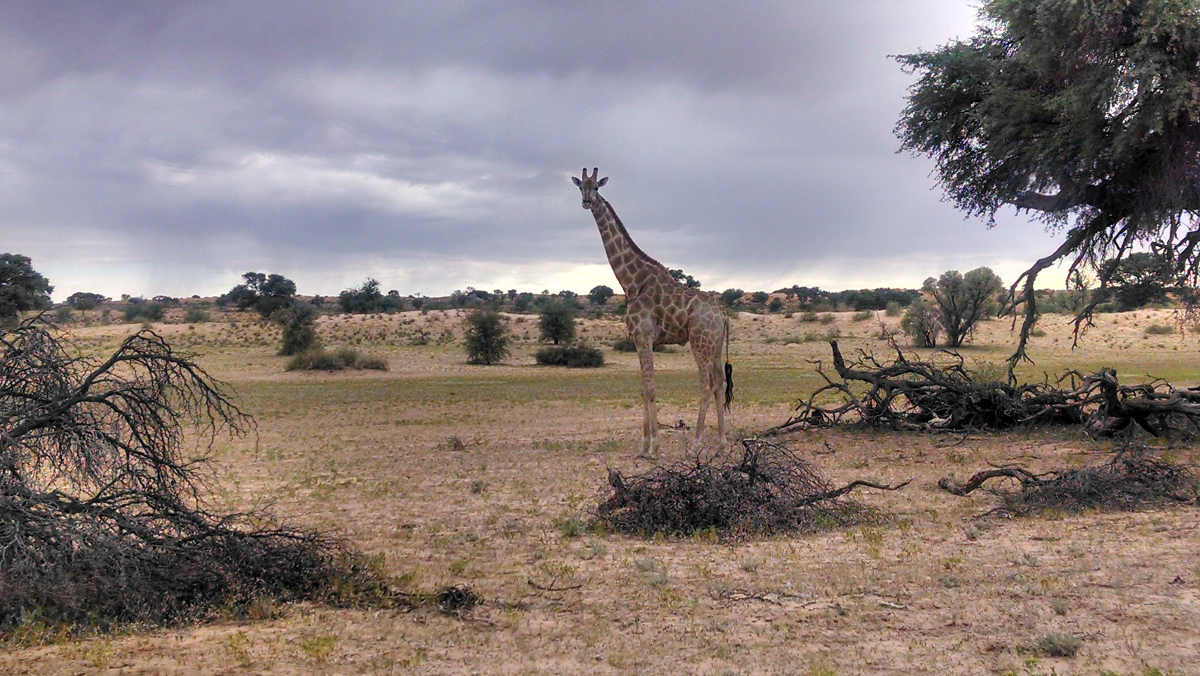 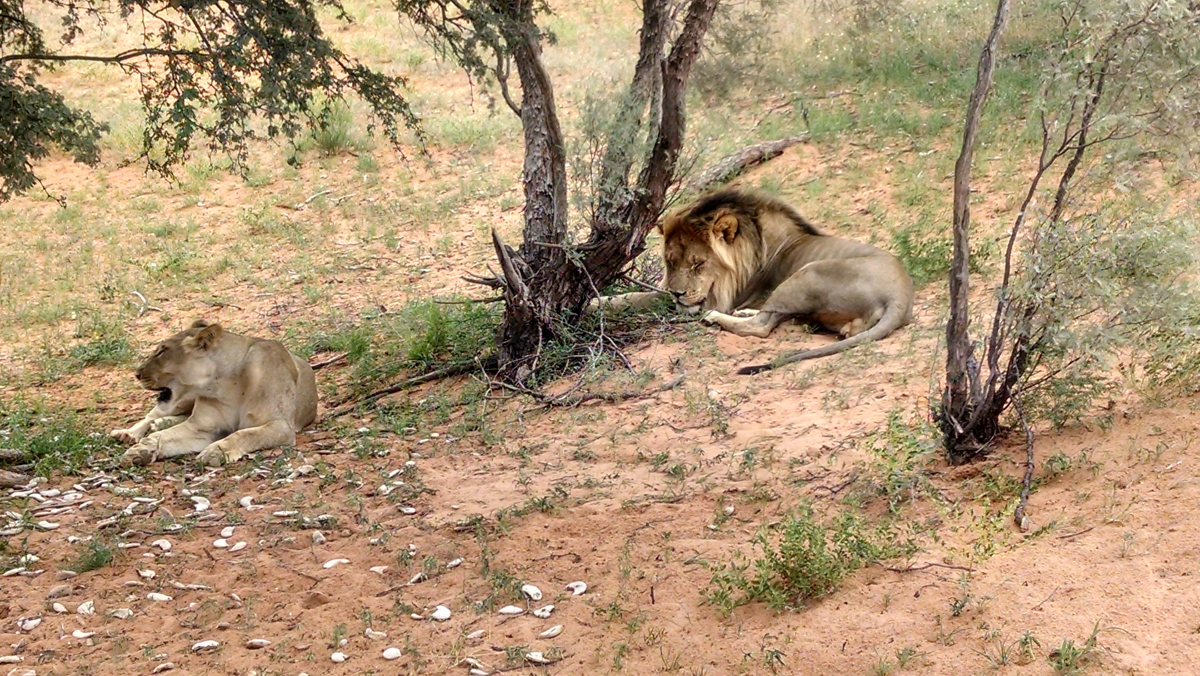 Due to the fences that surround the park, during the dry months animals can no longer travel to the Orange River for water. Instead, the park rangers have boreholes that pump water up to the surface for the animals to drink from. The managers put the watering holes fairly close to the road so that tourists would be able to see the wildlife.

That night, the head of the program took out his new favorite toy. This is a quadcopter, or as most people know it, a drone. Not only that, but the drone has a spot to carry a GoPro camera. We could see a lion off in the distance, so the professor tried to fly the drone over to it. Sadly it didn't make it there, but we got some great footage regardless. Here it is, 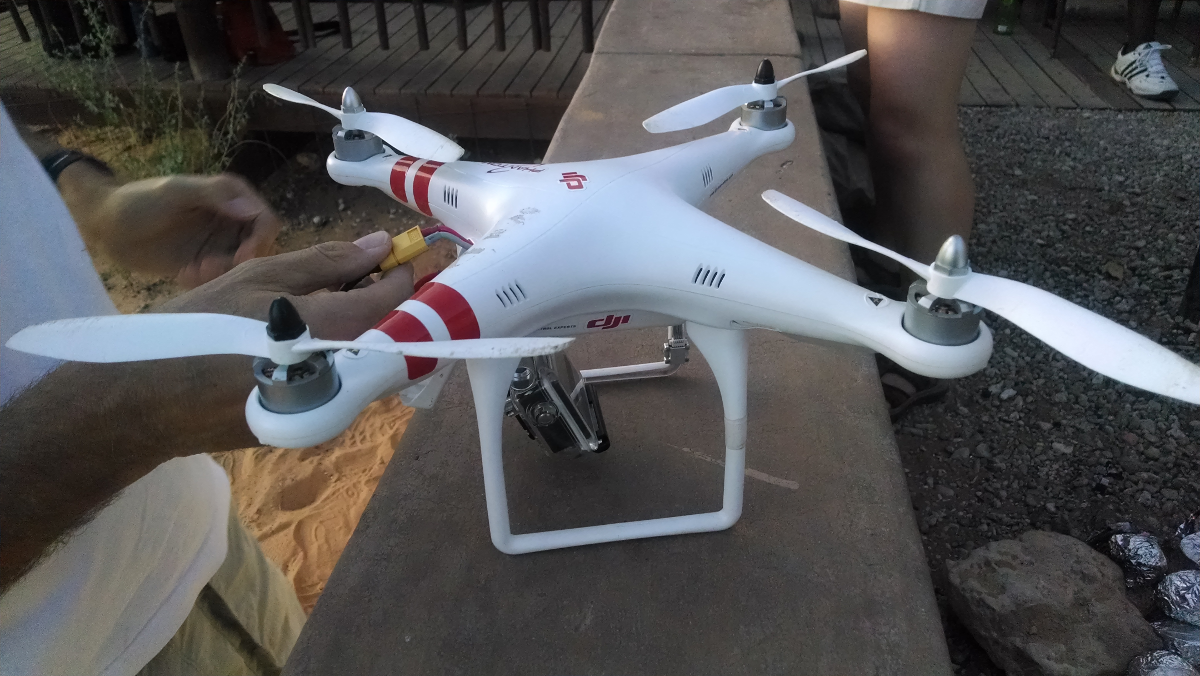 The next day we travelled to Kalahari Trials. This is a nice guesthouse in the middle of the conservation area. It's pretty basic, but nice enough. They have Mosquito nets on the beds which are a pain, but it could be worse. They made us a great dinner that night and we sat out and looked at the stars. They also take in suffering meerkats and nurse them back to health which is pretty cool. We went to bed that night pretty happy. 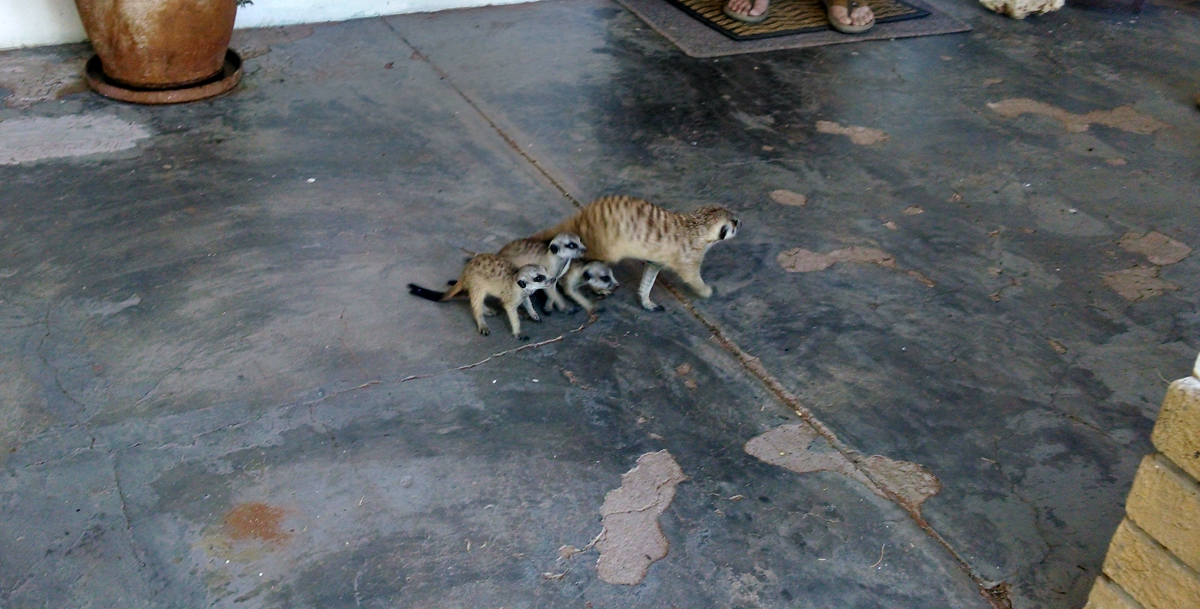 And finally one more random photo from the Kalahari I had to throw in. 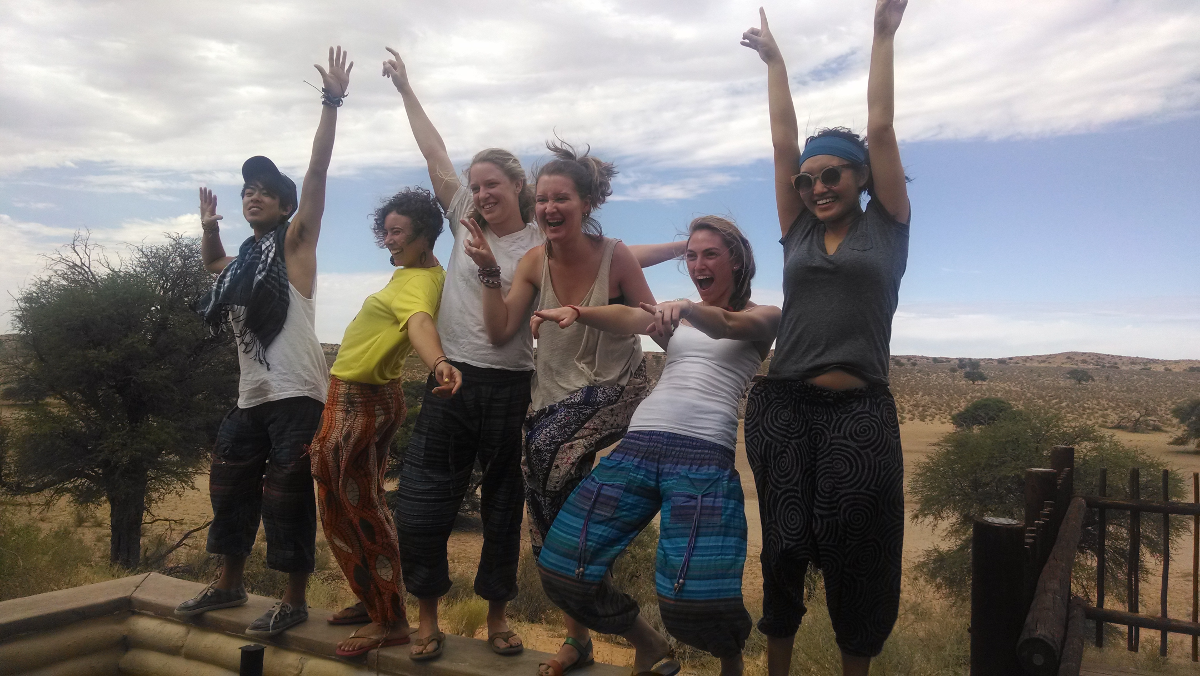