Last Saturday (April 22nd, 2017) was Earth Day, and the NYC Department of Transportation (DOT) set up a whole bunch of events here all across the city. I took a Citi Bike to 45th Street and started walking down Broadway. DOT closed Broadway all the way from Times Square to Union Square. If you haven't been to Times Square in awhile, it's less terrible than it used to be. There was a massive project to close down Broadway for several blocks, widen the sidewalks, and make a brand new plaza. Since the March for Science took place that morning, a whole bunch of activists were out in the free speech area. 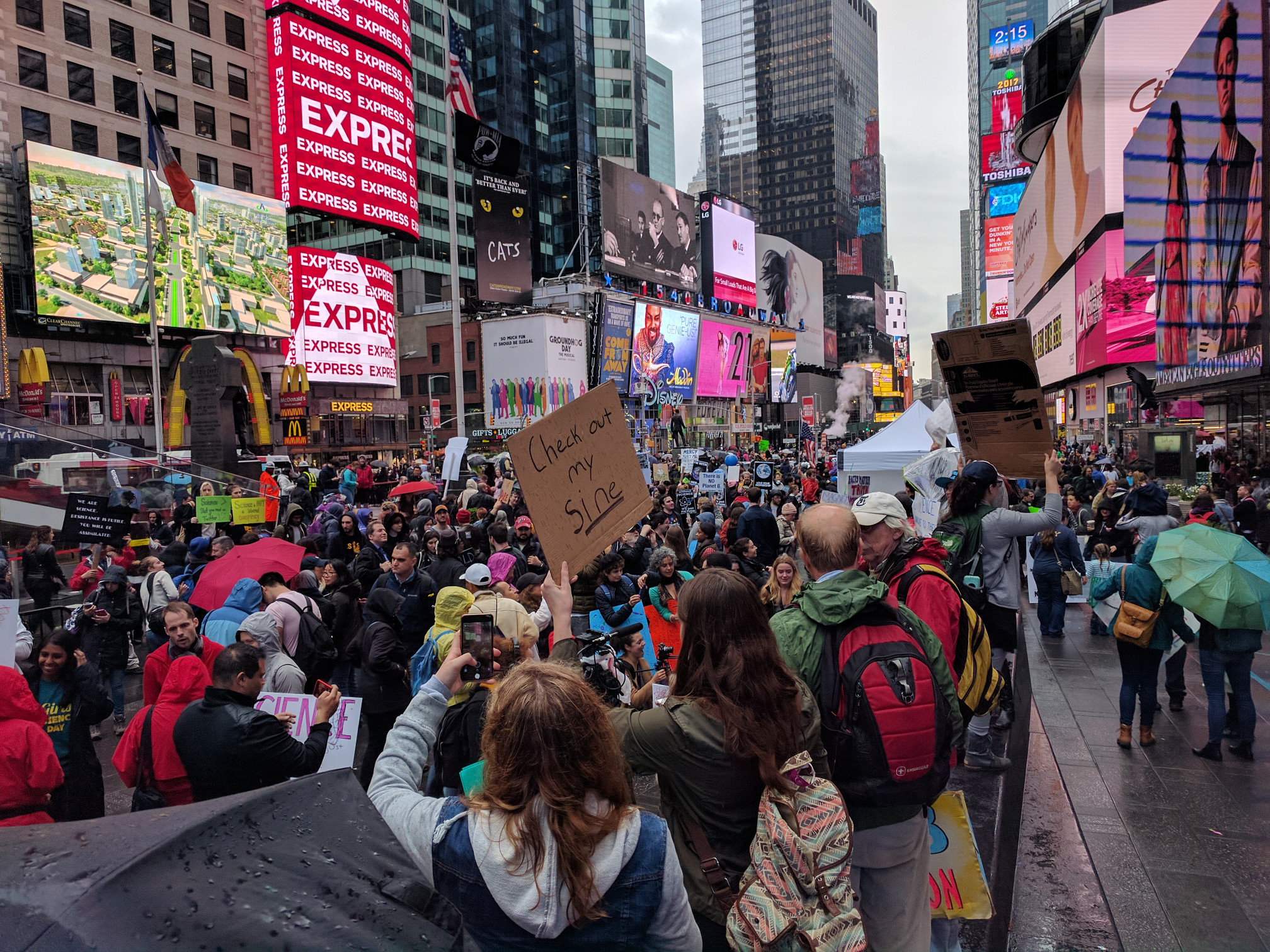 Walking a little bit further down, there was a dance concert. There were a lot of people watching despite the rain, but I pressed onwards after a few quick photos. 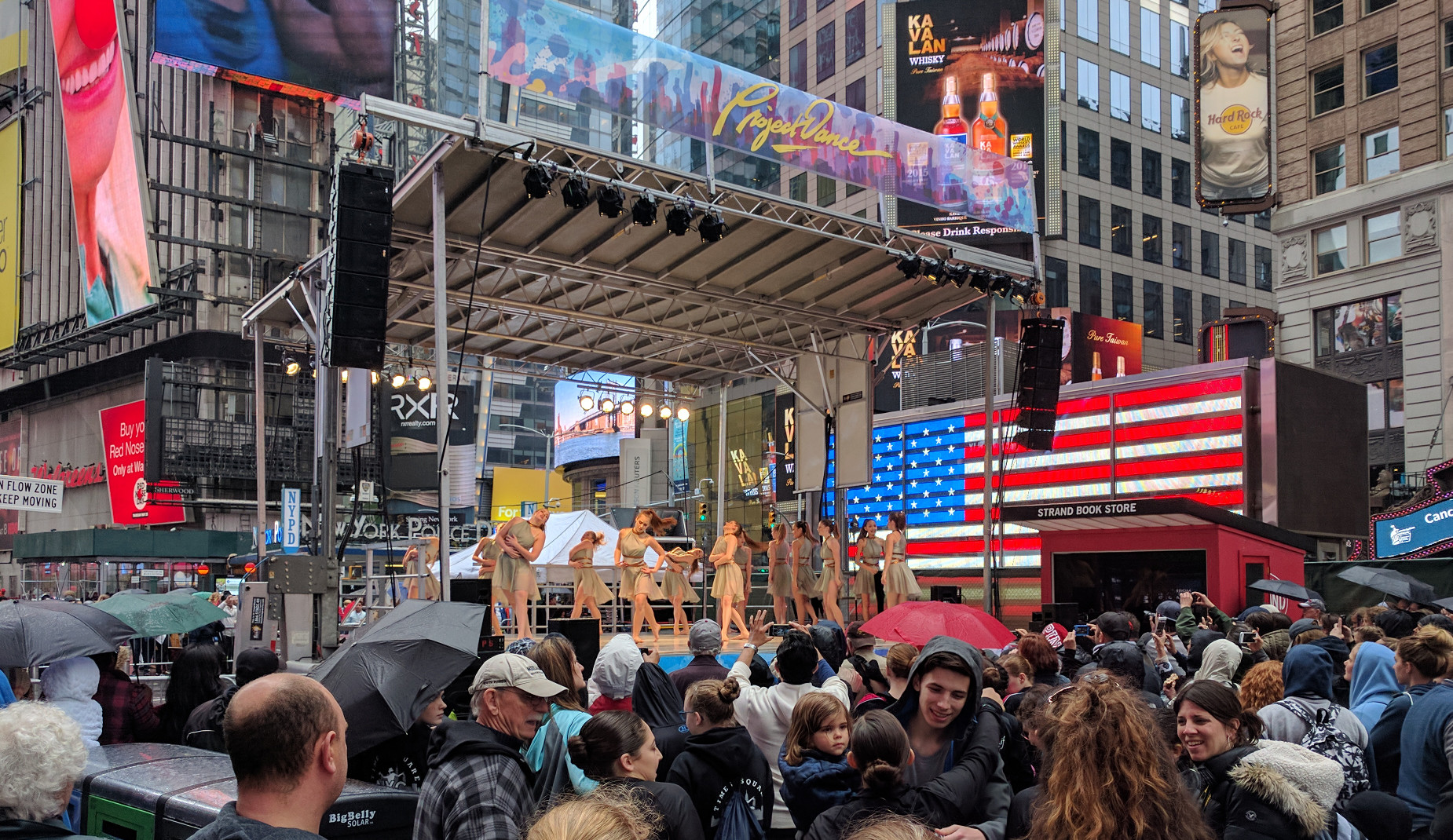 The streets cleared up a couple blocks down. A lot of people were walking on the sidewalks despite the streets being closed. I see the same thing on the pedestrian section of Wall Street regularly, people are very trained to stay on the sidewalks even when they don't have to. 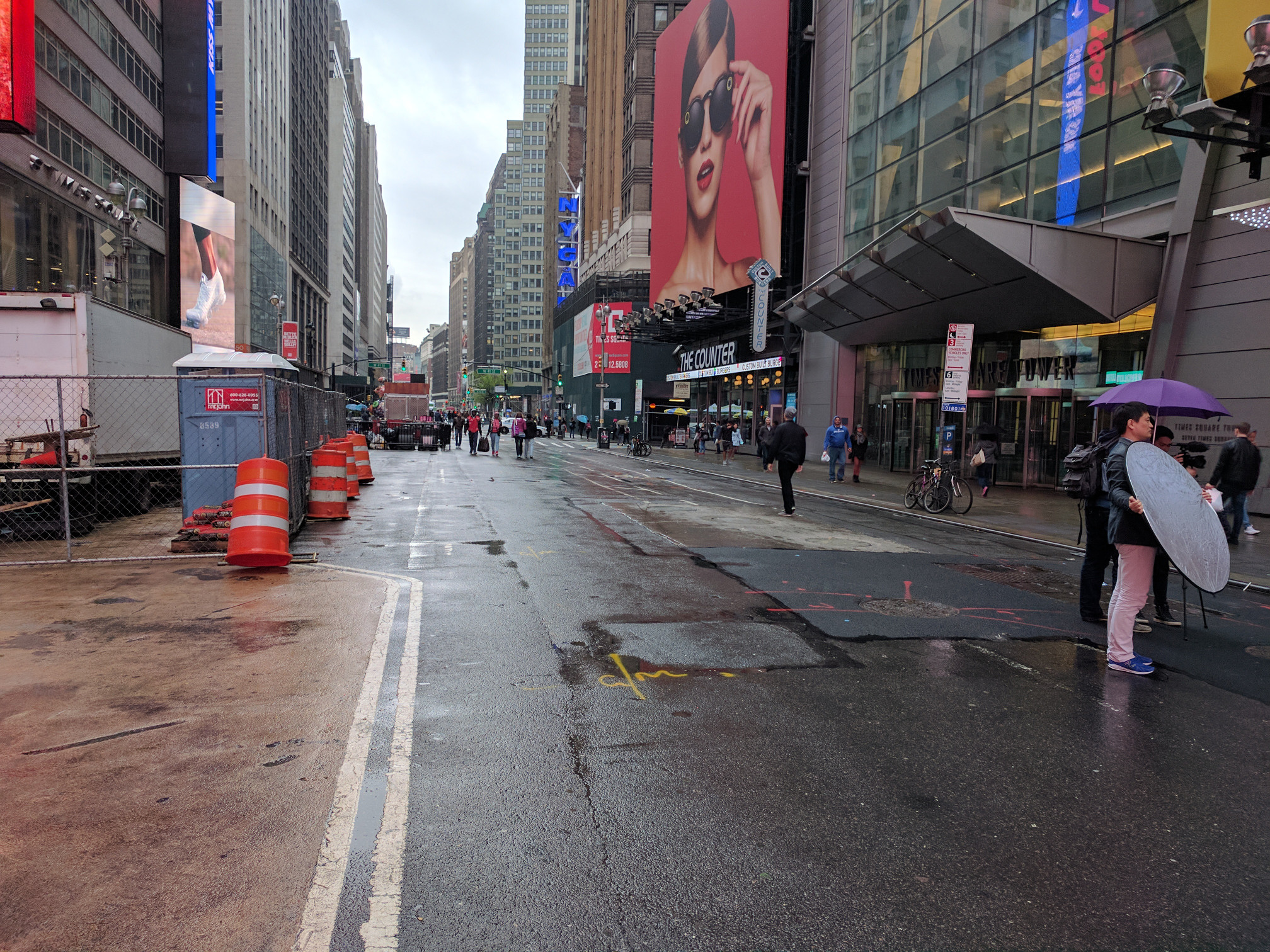 Eventually I got down to the intersection with 6th Avenue where there were a ton of food stands. Some of them even had trendy names like Buddhapunk... Thanks to the food trucks, there were far more pedestrians down here, and all of the police barriers acted as large bottlenecks to the pedestrians. 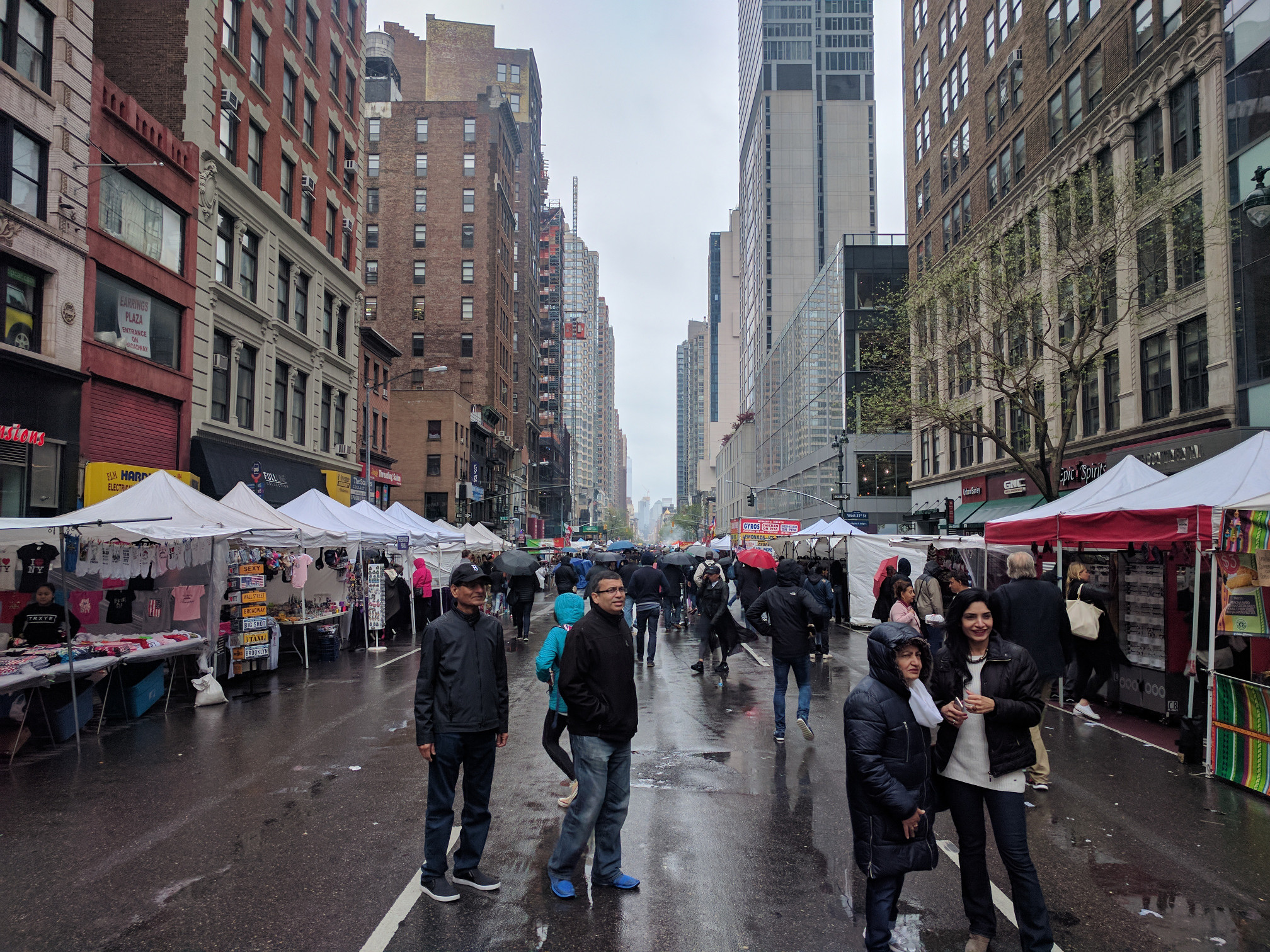 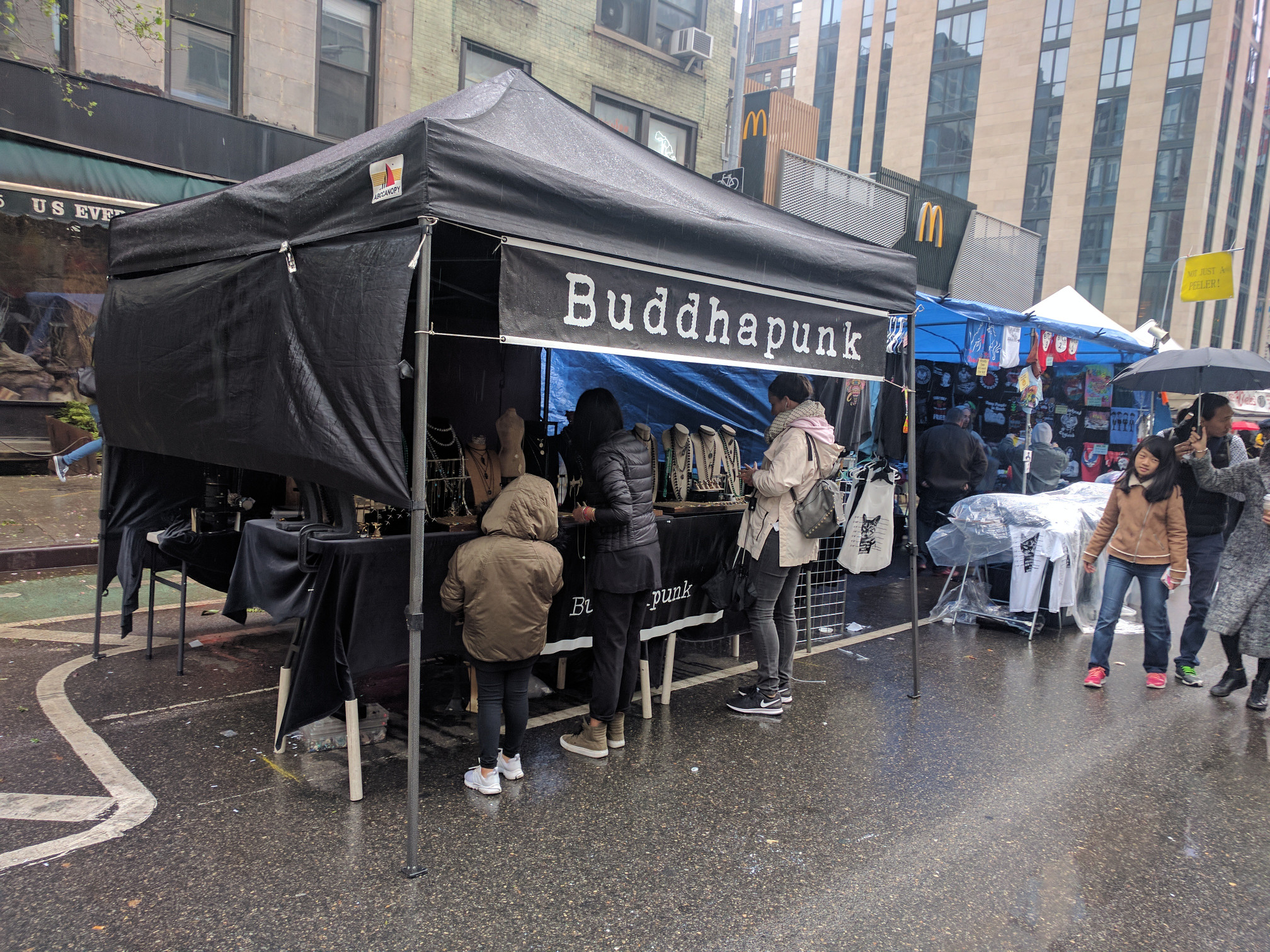 All of the side streets were still open which meant there was some slow moving cross traffic. The most difficult part of navigating around though was all of the umbrellas. 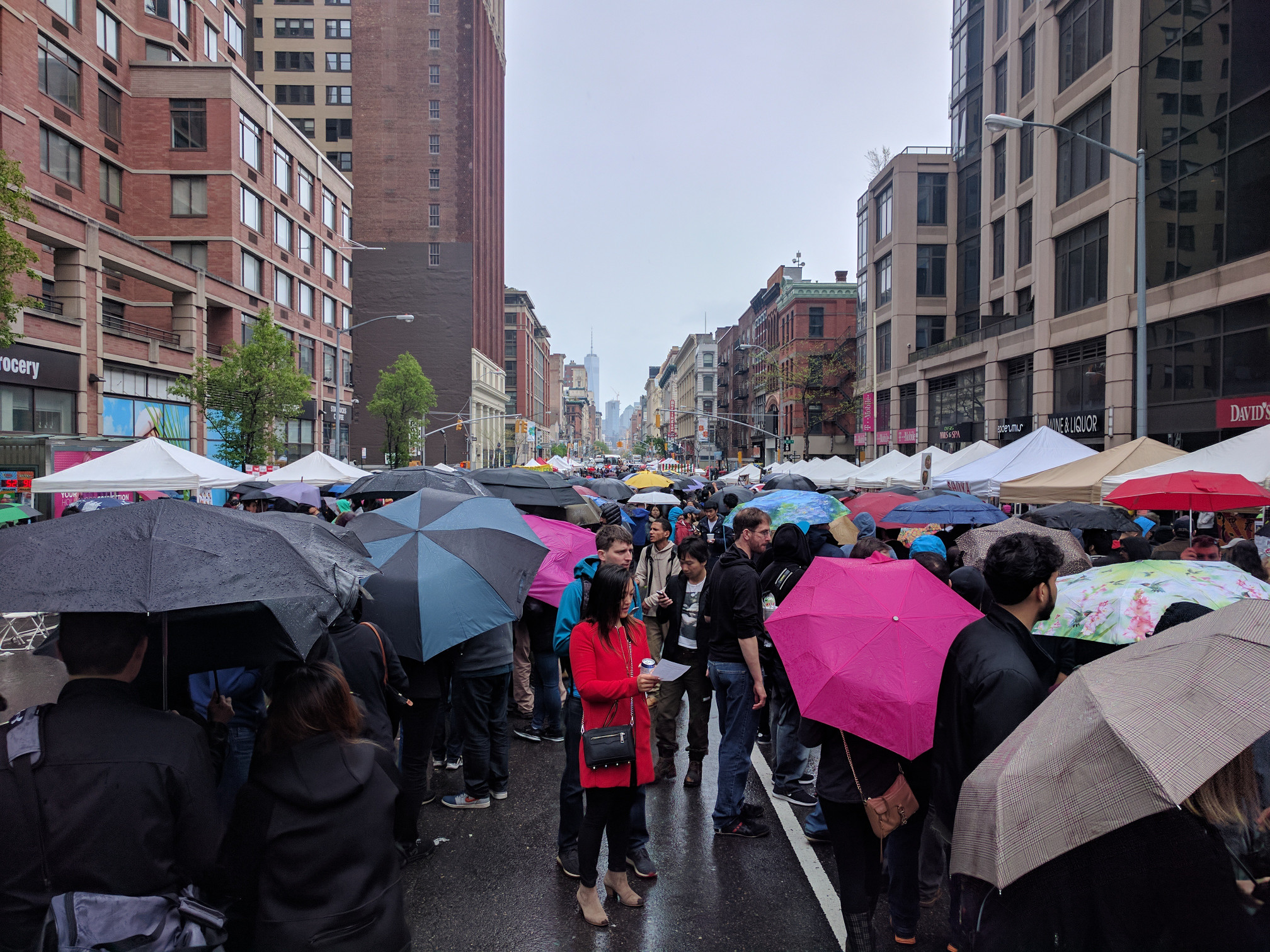 The most entertaining part of the day might have been the terrible traffic mess by Union Square from people expecting Broadway to be open. 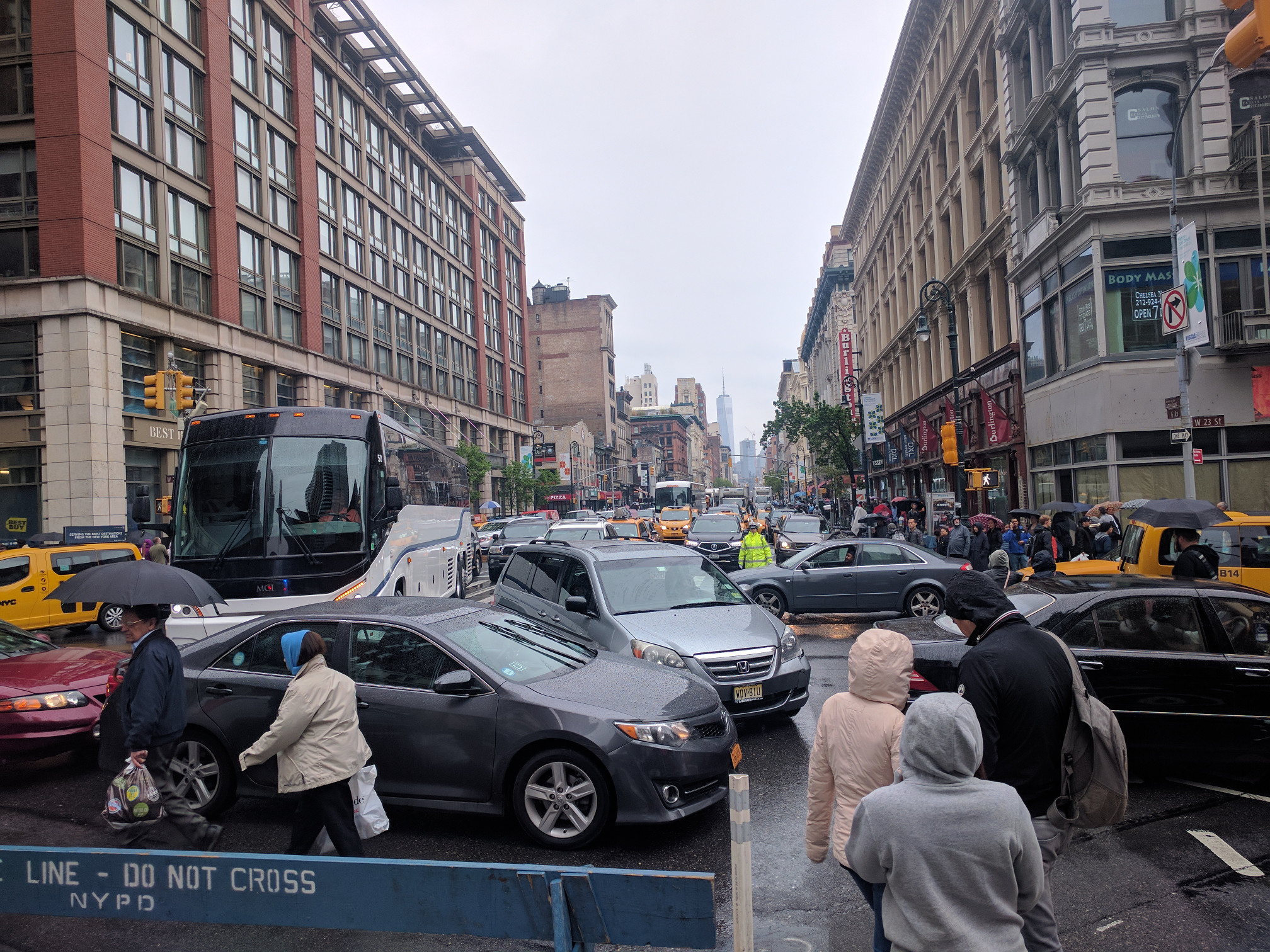 Despite it being Earth Day, that didn't mean I could have an entire day without some large vehicle in my bike lane. The NYPD vehicle there actually was giving the bus a ticket though, so I couldn't even be that angry. 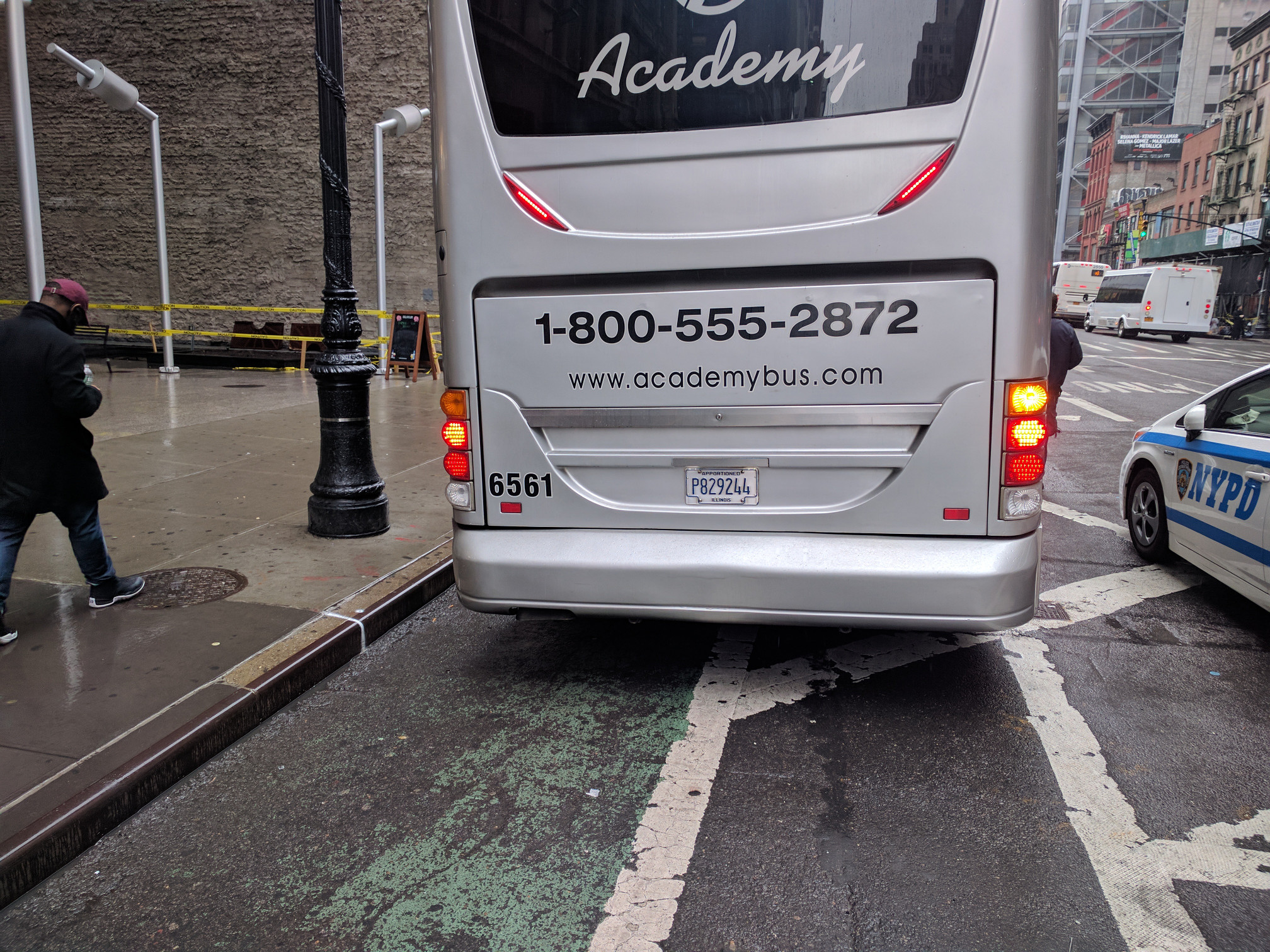